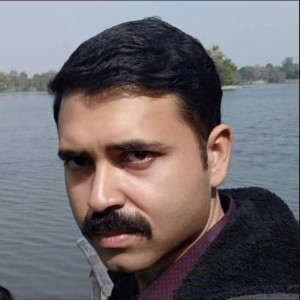 How is digital marketing evolved as a major advertising medium in 2021 ?

The history of digital marketing is relatively short, but full of crucial twists and turns and groundbreaking developments that have repeatedly redefined opportunities and boundaries.

On 6 August 1991, the first website went online. Tim Berners-Lee invented the WorldWideWeb (www) in 1989 during his work at CERN. With the publication of the first website, a web browser, the necessary web server software and the protocols developed for this purpose, digital media became mass-proven and the foundation for digital marketing was laid. The WWW was a big step in the age of the digital media revolution. Patenting or licensing was waived and development was thus massively accelerated. The whole world was now able to network, exchange, present, promote and collaborate online through an unprecedented common idea,the World Wide Web.

In the late 1960s, the first emails were probably sent. The first email as we know it today was sent by Ray Tomlinson in 1971. The world’s first email address was [email protected] In 1984, the systems also arrived in Europe and in the 1990s the e-mail became popular, the first providers of free e-mail accounts followed in the course of the rush of use of the new mail traffic.

Websites provided digital materials at a very early stage that companies had previously only published in paper form. However, elements of interaction and tools for detailed analysis and use of the data were missing. Nevertheless, the new medium on the web aroused the gold-digger mood and new companies emerged purely by postulating an idea. The capitalization of this new market grew rapidly, but the risks were swept under the carpet. New business models were on trend and a real race of start-ups started. In March 2000, the dot com bubble of the new markets (New Economy) burst.

GOOGLE AND THE FIRST BLOGS

The birth of Google in 1998 is an important hub for the development of digital marketing. The use of the search engine to search for information began to spread massively. The Google founder’s search engine was already online in 1996 under the name BackRub and was renamed Google in 1997.

Together with the search engines, the first digital tools are also being developed. Blogs are created that could be used to distribute content that was sometimes better positioned as successful brands on the pages of search engines. For companies, this initially posed a danger: the company loses its central role in the relationship with stakeholders, as it is no longer able to control and manage all the messages that concern it.

Web 2.0 was born and the user himself had a number of tools at his disposal to exchange ideas around the world, to spread his own opinion and thus to evade the dependence of large media companies. The key element of Web 2.0 was to motivate users to actively shape content.

In the 2000s, the world of online advertising began to change. Google Adwords is the novelty compared to the traditional type of advertising. The aim is to reach the user only if he is looking for a particular service or showing interest in certain topics.

The first forms of online advertising were very similar to the already established advertising opportunities such as .B radio or television. Over time, systems were developed that blocked an unwanted advertising message (e..B. AdBlock) from the beginning and rendered the efforts of advertisers in vain.

The real revolution of Google Adwords is not just to add value to the user experience on the web. Google has also created a new advertising system that is accessible to all businesses. It used to be the case that only large companies could afford a place on television, newspapers or radio.

The system developed by Google is based on keywords and topics of the advertisers, which are entered by the users in search engines, behind which an automated “auction” takes place, in which the bidders meet and the best ad is played out for the individual user.

Against this background, Google Adwords was the first step towards the democratization of advertising!

2008 is considered the year of the birth of social networks,the year in which what is still considered the social media developed – namely Facebook. Thanks to these and all other platforms, people can exchange relevant information for them, stay in touch with their loved ones, distribute multimedia content and expand their contacts and networks.

The data sets generated by Facebook pave the way for online data use on social networks for business purposes. Companies are starting to create professional “fan sites” that give you high reach through organic traffic— nowadays, this is only possible through paid and sponsored ads campaigns.

THE REVOLUTION OF MOBILE PHONES

As is so often the case, it is technology that encourages big changes and changes habits. Around 2010 there was the next revolution. Increasingly powerful mobile phones came onto the market, turning the Internet on mobile devices from elite business tools into a mass-produced product. The smartphone greatly facilitates the use of mobile Internet services anywhere and at any time.

NEW POWER CENTERS ARE BEING SET UP: AMAZON, GOOGLE, FACEBOOK, APPLE AND MICROSOFT

We are witnessing the rapid growth of content and platforms. Getting the user’s attention becomes more difficult. Digital content is being used more than ever. A side effect of this is that new positions of power of large corporations are created, together with all the advantages and disadvantages that go with it.

Nowadays, it is difficult for any company to think about advertising in search engines without investing in Google Ads or using other Google services for marketing. Likewise, it’s not easy to implement a social media marketing strategy that excludes Facebook/Instagram and Facbook ads. And it’s just as hard for consumers to do without Windows, Apple, Android or Amazon.

Apple, Microsoft, Google, Amazon and Google will play a leading role in the coming years, including in other industries where they have not previously been active. If you think that Google has started to commit to the development of self-driving cars, then you can quickly see in which direction it can go. Amazon has been investing in the production of TV series for some time, challenging giants such as Netflix, Sky and much more. out. In the future, Amazon is likely to grow interest in financial services and similar sectors.

The tech companies work with data from millions of usersevery day, combining new technologies and algorithms that suggest to users what they read, what they buy, and who they should include in their contact circle. What distinguishes online marketing from traditional media and advertising channels is the possibility of a much more comprehensive and effective analysis of data.

HOW TO BE SUCCESSFUL WITH DIGITAL MARKETING

Aside from forecasts and the future of the Web, it’s important for companies to understand that investing in digital marketing requires time, experience, and financial resources. Companies that choose to grow with the help of digital strategies should get good advice. Online advertising and marketing can consolidate your marketing, reach new target groups and bring new opportunities and experiences. Despite all the advantages that are already obvious anyway, it is important to pay attention when implementing the right online advertising and marketing processes to the necessary budgets, internal settings and time resources.

The risk of losing your reputation is there if you are not willing to invest sustainably in the relationship with customers/users and to build an open dialogue based on values such as ethics, respect and professionalism.
Moreover, if the path envisaged has not been planned strategically, it could become very long and arduous. A well-thought-out strategy around a brand is necessary in order for it to be successfully marketed digitally in the long term.

PROFESSIONALISM AND COMPETENCE IN THE FOREGROUND

The work in digital marketing is complex and not accessible to everyone. The ease with which content can be published on the net today tempts many companies to dispense with professional advice and support. Project-experienced online marketers who have the necessary specialist know-how and skills will get the best out of you and continuously adapt the strategy path that has been chosen – because course corrections are constantly necessary.

Skills and competences of a general nature are a prerequisite for online marketing actors, but there is an urgent need for specialized professionals who are able to operate proactively and thereby not only create temporary added value, but also continuously develop the positioning of a company in the digital world.

WE MARKET YOU ONLINE More Leads & Sales for you – that’s our goal. Digital marketing or even online marketing has become

What is a corporate website and why is it so important? How does the website have to be designed to be really effective? What can be improved? and a lot more things.

get a proposal in your email